Nea Roda. Nea Roda is a coastal village in the bay of Ierissos in Greece, just north of the Holy Mount Athos, on the narrowest part of the Athos peninsula. Nea Roda lies on a great plain, 90 km (56 mi) from Polygyros. On this spot, in ancient times, Xerxes excavated a canal to connect the Ierissos bay with the Sigitikos bay. This eliminated the need for his fleet to sail around Mount Athos.

Nea Roda is a popular tourist resort with a seaside promenade. Often, in summer, it becomes very crowded. Nea Roda has very nice beaches where all water sports are possible, so you can go water skiing, windsurfing, parasailing and much more. There are many terraces and the entertainment and nightlife here is pretty good. At the harbor you will see large and small fishing boats and from here mini-cruises are organized around the Holy Mountain (Mount Athos). About 1,000 permanent residents live in Nea Roda, and are mainly engaged in tourism in the summer months.

Nea Roda in other languages


Halkidiki: Where on the map is Nea Roda located? 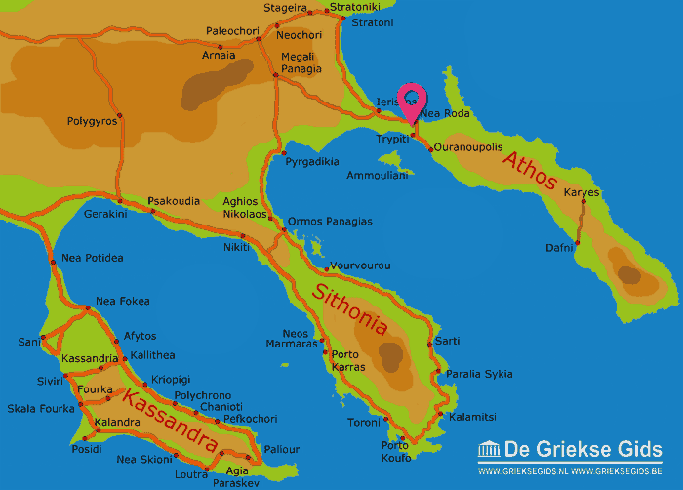