Hydra (Ydra). The cosmopolitan Hydra is located in the Argo-Saronic gulf, near the coast of the Peloponnese. This generally dry island is home to approximately 2000 inhabitants who are mostly engaged in tourism and fishing.

Hydra is a popular destination for Athenians because the island is not far from the Greek capital. The island owes it’s name 'Hydra' to the fact that there were many springs in antiquity. Hydra has a rich history and is noticeable on arrival in the port of Hydra. On entering into the picturesque harbour, you will see traditional mansions, the Naval Academy and museums.

The terraces are lovely and there are lots of small shops scattered around the harbour. Hydra town is the only town on the island and it is forbidden for cars and motorbikes. You see many donkeys, which ensure the transport of goods.

Hydra town is built between two rocky hills that are cultivated with traditional houses. Striking are the stone houses with red roofs and blue doors and windows.

Hydra in Greek history books is one of the Greek islands (along with Spetses and Psara) with the greatest maritime tradition. Hydra played an extremely important role in 1821, the year of revolution against the Turks. Andreas Miaoulis, Greek admiral and politician during the Greek War of Independence (1821-1829), is derived from Hydra. In honour of him, major folk festivals are held annually in Hydra. But Andreas Miaoulis is not the only hero of Hydra, others are Lazaros and Georgios Kountouriotis, Iakovos Tombazis, Anastasiios Tsamados, Georgios Sachinis and Greek heroine Bouboulina (Laskarina Pinotsi)

On the island are several sandy and pebble beaches. Some of these beaches are close to the town (Megalo Kamini, Mikro Kamini and Vlichos west of the city and Mandraki to the east). Other beaches are much further and it is just over an hour on foot to get there (Bisti beach). Many tourists prefer to take a water taxi, which takes them to secluded beaches.

If you like culture, Hydra will definitely not disappoint; visit the Byzantine ecclesiastical museum, the historical museum and the house of Pavlos and Lazaros Kountouriotis, which have been turned, into museums.

On Hydra every year many cultural events and celebrations are held. Except "the Miaoulia feasts" in honour of Andreas Miaoulis, during the last ten days of June,  "the Kountouriotia feasts" are held in honour of Pavlos Kountouriotis. Last but not least, It is more than worth visiting Hydra during Carnival and Easter. 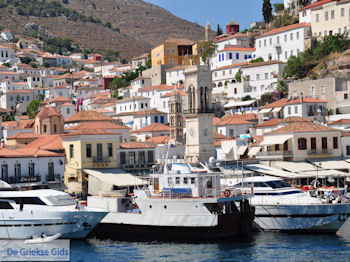 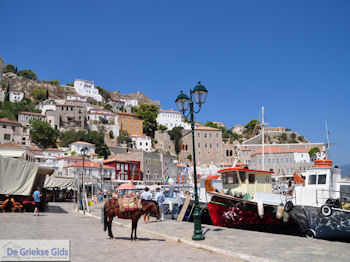 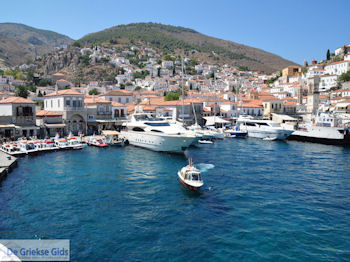 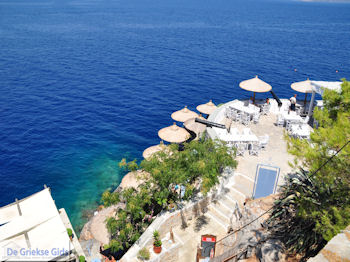 
Hydra in other languages


Hydra: Where on the map is Hydra located? 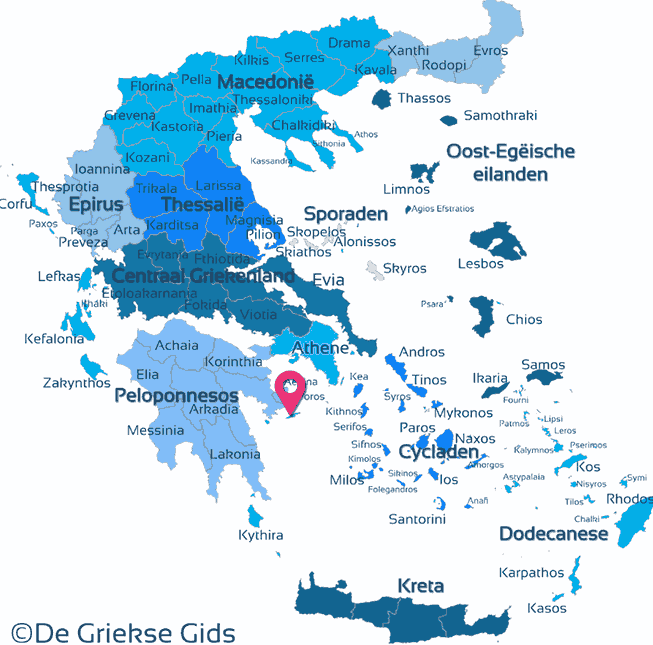 The map of Hydra - ©GreeceGuide.co.uk