Andros. Andros is the northernmost island of the Cyclades, the second largest in the group (380 km2/147mi2). This beautiful Cyclades island is two hours by boat from Rafina (near Athens), the distance from the port of Rafina is 57 kilometers.

Andros is a mountainous island with steep sides, impressive gorges, beautiful sandy beaches, busy villages and three large valleys planted with vines, olive groves and many other trees. The capital of Andros is Chora (Andros town), situated in the southeast of the island. It consists of the second most important harbor of the island. Here there is a combination of Cycladic architecture style with the Neoclassical style. It is a very striking town, with neoclassical mansions, Cycladic houses, narrow alleys and picturesque squares. When in Andros town you should definitely visit the Archaeological Museum and the Museum of Modern Art.

Throughout the year popular events and festivities are held on the island. These festivities are related to the Orthodox religion of the inhabitants and the sea. Most of the families on Andros are religious and have someone who earns his living as sailor. On Andros, wine is prized. There is a legend regarding wine on Andros. In ancient time the God of wine Dionysos was honored and during the festivities, and wine, instead of water, flowed from a local spring!

Andros is an island with good tourist amenities for the visitors, and is often chosen for its natural beauties, its historical monuments, its superb beaches and its medicinal springs.

If you love swimming then you should definitely visit Paraporti, Batsi, Vitali and Gavrio. Bay Fellos has a very nice sandy beach.  In the north you will find Batsi, the most touristic town on the island, whose fame is partly the result of the famous sandy beach located here.

On August 15th there is the festival of Panagia (Holy Mother) in Andros Town. On July 17, the national feast of Agia Marina in Apikia is held. On August 6, the popular festival of Sotiras in Varsaria takes place.

Andros is connected by ferry with the ports of Rafina, Mykonos, Syros and Tinos. 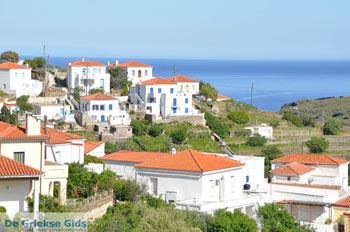 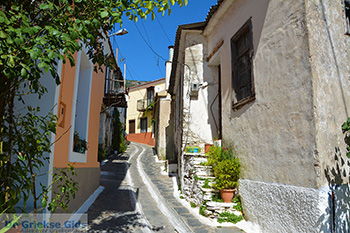 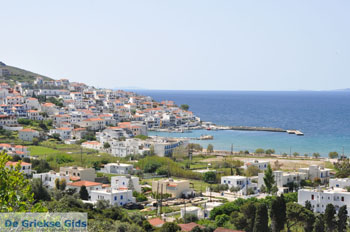 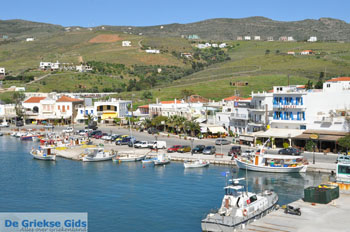 
Andros in other languages


Andros: Where on the map is Andros located?

The map of Andros - ©GreeceGuide.co.uk