Kassandria. Kassandria is a traditional village with many historic churches on the Kassandra peninsula in the prefecture of Halkidiki. Kassandria is located 90 kilometers (56 mi) from Thessaloniki and 50 kilometers (31 mi) from the capital of Halkidiki, Polygyros. This village of about 3,000 inhabitants was once the seat of the archdiocese and was home to consulates of the Netherlands and France.

Kassandria was founded in ancient times by King Kassandros at the place where Nea Potidea lies today. Nowadays it is a modern village with schools, high schools, banks, medical centers and post offices.

In the ethnological museum of the village, all sorts of objects and costumes from the daily life of the inhabitants from previous centuries are exhibited. Additionally, in Kassandria one can visit the large church of the Nativity of the Blessed Mother, the town hall and an old mill from the 19th century.

Every year on September 8, festivals with lots of music and dance are held in honor of the Blessed Mother.


Halkidiki: Where on the map is Kassandria located? 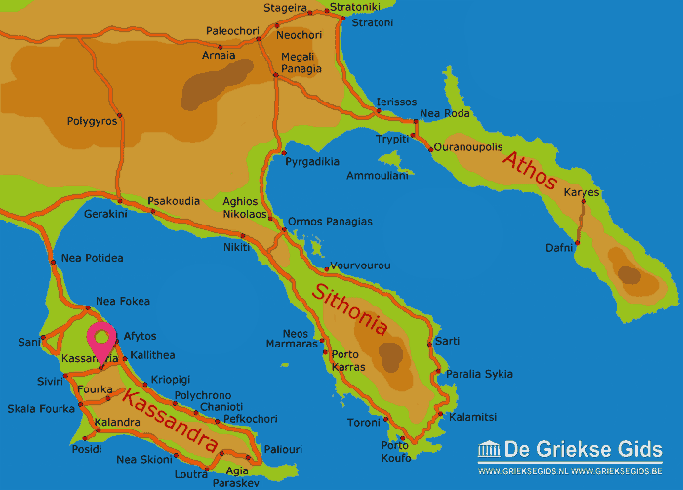