Skaleta. Skaleta is a village in the eastern part of the bay of Rethymnon on the Greek island of Crete. Because Skaleta is conveniently located and has a nice beach.A number of large and luxurious hotels have been built here. There are tavernas here, kafeneions, mini markets, car rentals and some other shops. The new national road from Rethymnon (15 km) to Heraklion (68 km) runs through Skaleta. There is a bus every hour in both directions and during summer every half hour. In summer there are more shops and restaurants open. Heraklion Airport is 76 kilometres away (one hour by bus), the Chania Airport is 85 kilometres.


Rethymno Prefecture: Where on the map is Skaleta located? 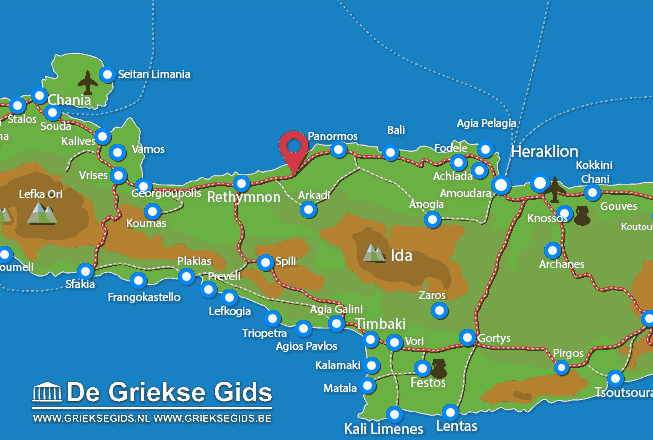