Margarites. The village of Margarites is centrally located in the department of Rethymnon on the Greek island of Crete and about 10 km from Arkadi. It is a traditional Cretan mountain village where tourists like to stop at the Kafeneion to drink a Greek coffee or a glass of raki. Margarites is also well-known for its handcrafted pottery and the techniques used since the Middle Ages.

Margarites in other languages


Rethymno Prefecture: Where on the map is Margarites located? 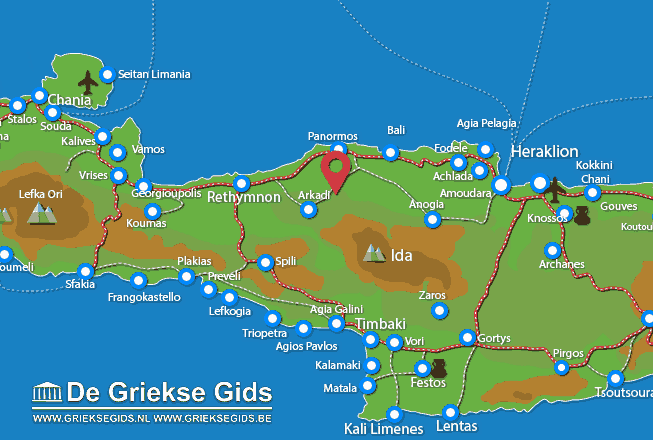