Atsipopoulo. Atsipopoulo is situated 5 kilometres southeast of Rethymnon on the greek island of Crete and has a long history. The village is known for its beautiful architecture. This is due to the Venetians who inhabited the area from the 14th to the 17th century. The strategic location of Atsipopoulo has ensured that the village was in many battles with the Turks during the Ottoman occupation. At that time the villagers had the reputation of being very brave fighters. Nowadays Atsipopoulos is one of the most beautiful villages of Crete, especially as the inhabitants of the village realised in time that the architecture of the houses is of great value. The houses have been restored in a way that the village has kept the appearance of Venetian times. Visitors will be certainly charmed by this village. The village churches and other beautiful buildings invite you to spend some time here.


Rethymno Prefecture: Where on the map is Atsipopoulo located? 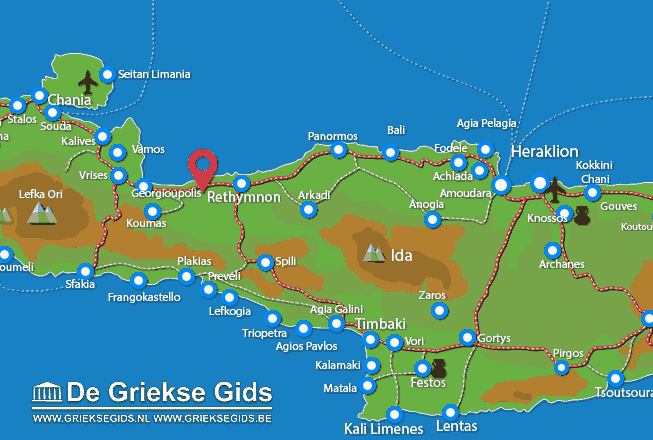