Cave of Melidoni. (Gerontospilios) About 2 kilometres from the village of Melidoni is one of the most famous caves of Crete. The high rooms with gigantic stalagmites are impressive. The cave is of great speleological,archaeological and historical interest. Excavations have shown that the cave was inhabited from the Late Neolithic and the Minoan Palace period until modern times. The cave is associated with a recent history . On October 3rd, in 1823 there were 370 unarmed villagers killed in a terrible way. They were hiding in the cave not wanting to surrender to the Turks, but they were burnt alive in the cave. The bones of the victims were transferred to a mausoleum in the first room (the Hero Hall). The village of Melidoni and the cave were named after Antonios Melidonis who came from this village. He was one of the leaders of the rebellion against the Turks.

Melidoni in other languages


Rethymno Prefecture: Where on the map is Melidoni located? 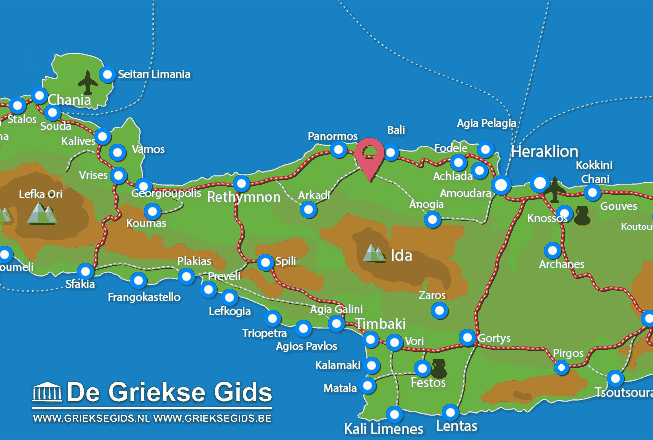