Embonas or Emponas. Embonas is an agricultural village on the Greek island of Rhodes, famous for the wine made here. The village lies on the western side of the island, at the foot of the highest mountain Attaviros, 50 kilometers (31 mi) southwest of Rhodes town. The environment here is wonderful. Everywhere you can see vineyards, olive groves and pine forests.

Emery Winery, located in Embonas, is the largest producer of Rhodes wines. Visit the winery and enjoy free wine tasting.

In the village of Embonas, especially in the center, are several taverns and cafes. There are also many shops selling local products. Souma, a strong liquor which is similar to Raki, is produced in Embonas. Old traditions are celebrated during regular festivals. Residents, especially the elderly residents, sometimes wear traditional dresses.


Rhodes: Where on the map is Embonas located? 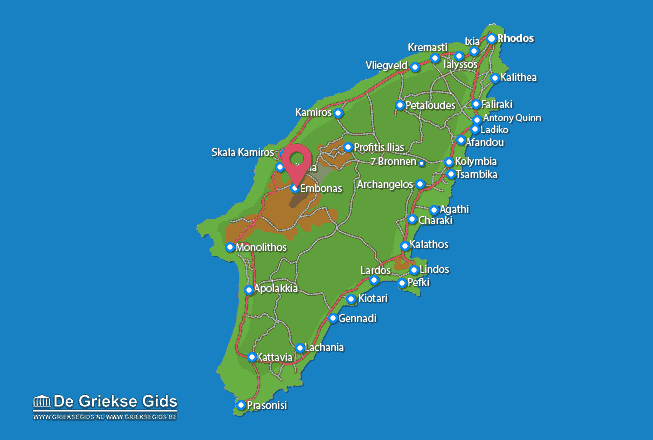