Paleros. Paleros is a small seaside town which is located in the west of the Greek department Etoloakarnania. It lies on the Ionian coast on the opposite of Lefkada. This town is located on the Greek mainland, thirty kilometres south of the Aktion airport. At Aktion airport tourists  arrive with destination Epirus and Lefkada.

Paleros houses about 2500 inhabitants. The area around Paleros is very diverse, with mountains, plains, lakes and forests. The highest mountain is Sereka, which counts 1171 meters. This main square with restaurants and bars is, especially in summer, very cosy. During summer, a variety of activities such as exhibitions and concerts are held. At the harbour there is a small sandy and pebble beach but the longest beach is just outside town.

One of the main attractions is Old Paleros, located high on the mountains, just outside Paleros.  In ancient times more than 10.000 people lived here. 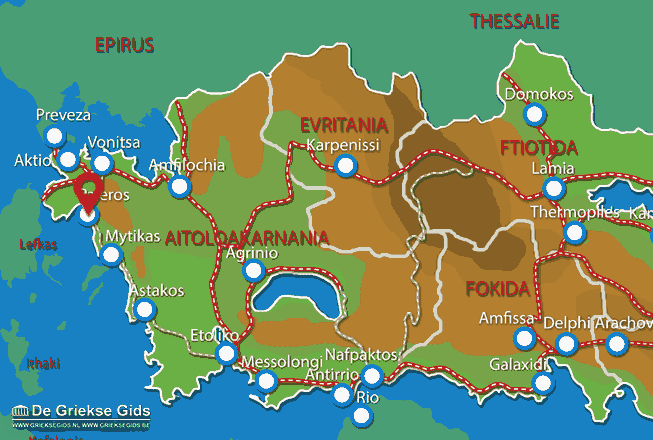