Partheni. Partheni is the northernmost village of the Greek island of Leros. It is a small fishing port located eight kilometers (5 mi) northwest of Agia Marina. By car, traveling from the capital to Partheni will take about 20 minutes. Partheni is located in the Parthneni Bay, not far from the airport of Leros. At the opening of the bay lies the uninhabited island of Archangelos.

According to historians, the ruins of the temple of Goddess Artemis Parthenos are located here. The village earned its name from this goddess. Interestingly though, the exact site of the ruins has not yet been discovered!

Partheni lies in the most fertile plain of the island, the main attraction here is ruins of an old fort from the fourth BC, on the hill next to Partheni. Ruins of an early Christian basilica on the coast are another place to explore.


Leros: Where on the map is Partheni located? 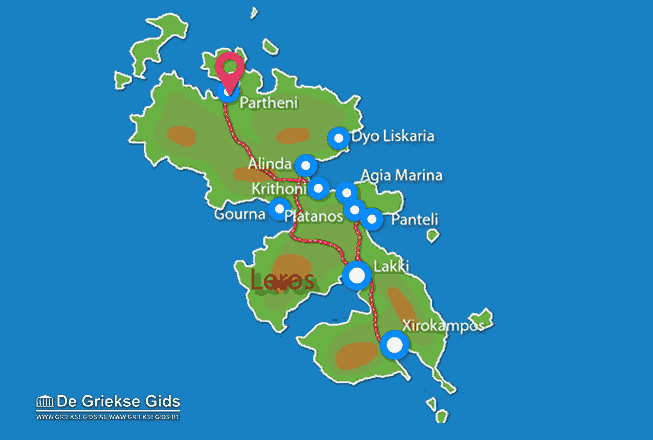