Leros. Leros, located between Patmos and Kalymnos, is an island with fertile valleys, green hills and spectacular beaches. There are olive groves, some of which are dramatically located on terraces on the mountain slopes.

The capital of Leros is Agia Marina, which is adjacent to the villages of Platanos and Panteli situated on the other side of the hill. Laki, which is located three kilometers (less than 2 miles) south of Agia Marina, is the main port of the island. This is one of the largest and best natural harbors in the Mediterranean.  Alinda, Xerokambos and Partheni are pleasant coastal towns. You can swim at the beaches of Agia Marina, Panteli, Vromolithos, Alinda, Laki, Merikia and Xerokambos.

Leros is one of the smaller islands of the Dodecanese. It covers an area of 53 km2 (20 mi2), has a 71 km (44 mi) coastline and a population of 8,100. It is an island with many bays, beautiful natural harbors, sandy beaches and a good tourist infrastructure. There are archaeological sites, castles, mansions and Italian colonial architecture buildings.

Leros has been inhabited since the Neolithic period with a history similar to the other islands of the Dodecanese. During the Italian occupation Leros was of strategic importance. Scattered in the mountains lie the remains of two Byzantine fortresses. From the island, there is a magnificent view of the coastline indented with deep bays.

The island of Leros - ©JustGreece.com

How to get to Leros

You can come to Leros by airplane and by ferry. However, the airport is very small; only domestic flights are operated.

Leros, the port of Laki, is connected with the ports of Piraeus (Athens), Agathonisi, Kalymnos, Kos, Lipsi, Patmos, Rhodes, Samos, Symi and Syros. 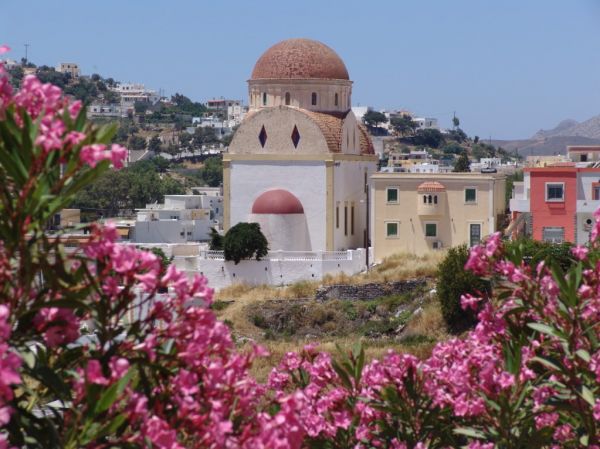 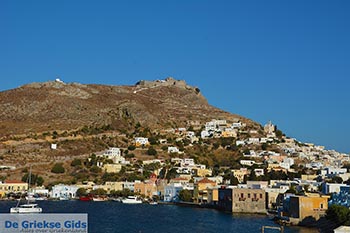 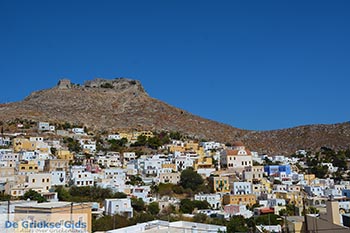 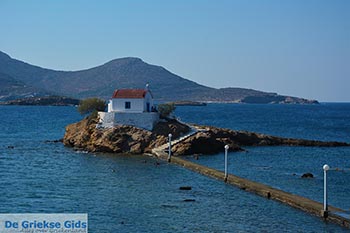 
Leros in other languages


Leros: Where on the map is Leros located?

The map of Leros - ©GreeceGuide.co.uk