Lakki. Lakki is situated in a very deep bay in the southwest of the Greek island of Leros, only four kilometers (2.5 mi) from the capital, Agia Marina. The bay is the largest natural harbor in Greece and resembles a lake, because the entrance to the open sea is only 400 meters wide.

Lakki has the largest port of the island. On one side of the bay there is a fairly large marina where sailboats and expensive yachts moor. This bay is very green and surrounded by trees.

There is a beach at the village where a large variety of water sports are available. Around the ports and on the beaches, you’ll find many restaurants and cafeterias.

Lakki was founded by Italians and was originally called Porto Lago. The Italian Navy settled here in 1923 and built large buildings and wide roads, and planted thousands of trees.

Lakki in other languages


Leros: Where on the map is Lakki located? 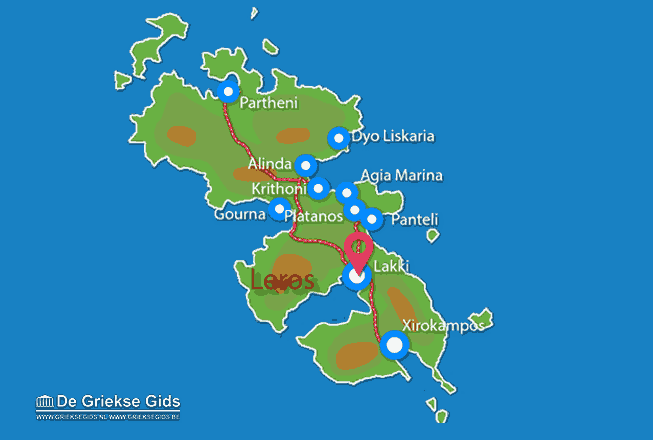