Mycenae. Mycenae is located east of the main road from Corinth to Nafplion in Argolida, Greece. Archaeological research in the citadel of Mycenae has made clear that the hill was inhabited around 3000 BC. The Lion Gate dates from the thirteenth century BC. when the wall around Grave Circle A was built. So far, archaeologists have excavated nine Tholos  in Mycenae. Mycenae was in ancient times an important city and the main political and cultural centre of the Mycenaean culture. The heyday of Mycenae falls in the period between about 1400 and 1200 BC. The Mycenaean developed a rich culture, mainly it was the further development of the Minoan civilization. In Mycenae lay more emphasis on the presence of weapons and camps.


Argolida: Where on the map is Mycene located? 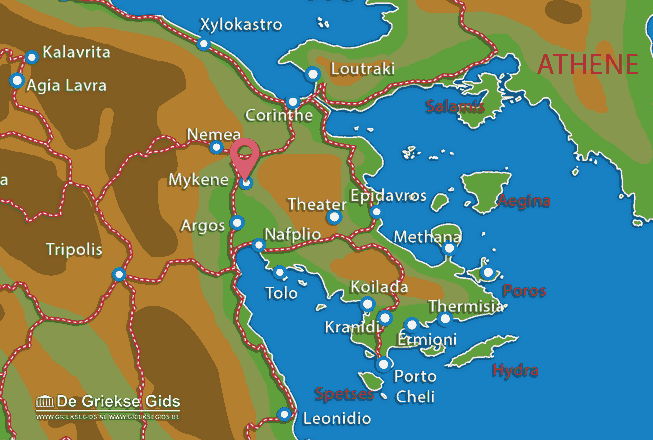