Thermisia. Thermisia is a small village near the imposing bungalow resort of Porto Hydra, in the southeast of the department of Argolis in the Peloponnese, Greece. It is located approximately 10 kilometres east of the town of Ermioni and 30 kilometres east of Galatas, the small seaside resort on the island of Poros. About 20 kilometers away, lies westwards Koilada, which is the place where among others King Willem-Alexander of The Netherlands has bought a home.

In Thermisia live about 500 inhabitants. The village owes its name to an ancient temple, which was nearby. The ancient Greeks had built this temple in honour of the goddess Dimitra Thermasia. The area around Thermisia is hilly and the residents are mostly farmers. Everywhere you see orange trees, vineyards and olive trees. One of the main attractions is the castle of Oria.


Argolida: Where on the map is Thermisia located? 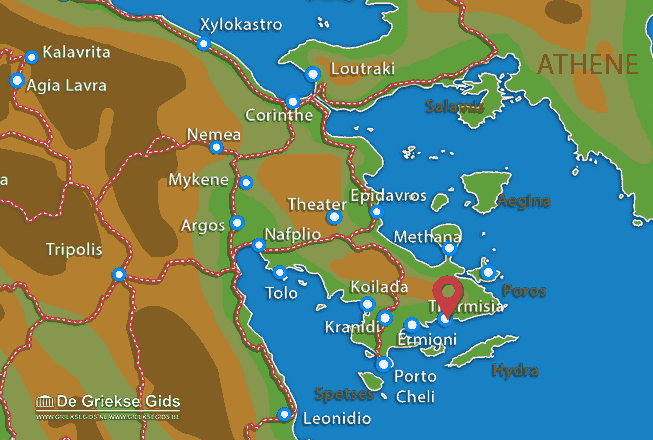