Mantamados. Mantamados is located thirty-six kilometres northwest of Mytilene the capital of the Greek island of Lesbos. Mantamados is a traditional village with the most striking architecture of eastern Lesbos and famous for the Church of the Holy Taxiarchis and his eponymous monastery, with important heirlooms . It is known because of the famous ceramics. Today it functions as a cultural centre. The renovated olive press from the nineteenth century (an outstanding example of industrial design) annually hosts an exposition of ceramics.

In the village is a theatre where performances are given all year long. In  Mantamados there are some rooms and guest houses for rent. You can swim at the beaches of Aspro Potamos, Tsonia and Agios Stefanos.

Landmark in the centre of the village: the church of Agios Vasilios (1750). Outside the village eight kilometres away, are the remains of a Byzantine fortress and a medieval castle on the site of Paleokastro.


Lesbos: Where on the map is Mantamados located? 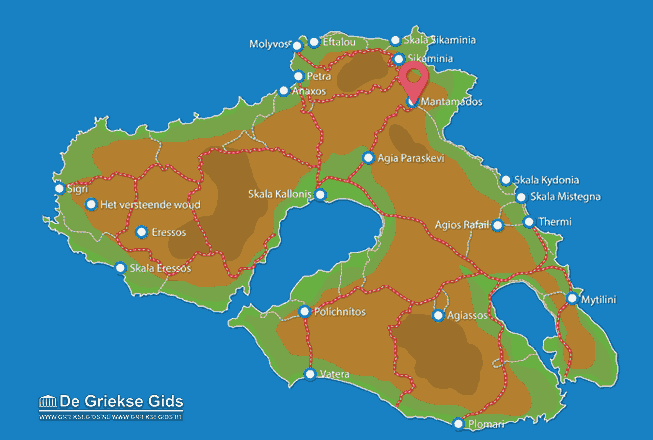