Fourkovouni. Fourkovouni is 5 kilometers (3 mi) northwest of Adamas and is accessible through a hilly area and the villages of Plaka and Trypiti. Fourkovouni is a striking fishing village. The white houses with colorful doors near the water are pretty impressive. You’ll find a similar site at several other places on the island such as in Klima, Fyropotamos, Mandrakia and Mytakas. These houses were built in the 19th century. While they lived elsewhere on the island, fishermen used this house as a second residence and a place to store their boat. The bottom floor of the house was for the boat, and the top floor was living space and a place to sleep for the fisherman. Nowadays these homes are rented to tourists.


Milos: Where on the map is Fourkovouni located? 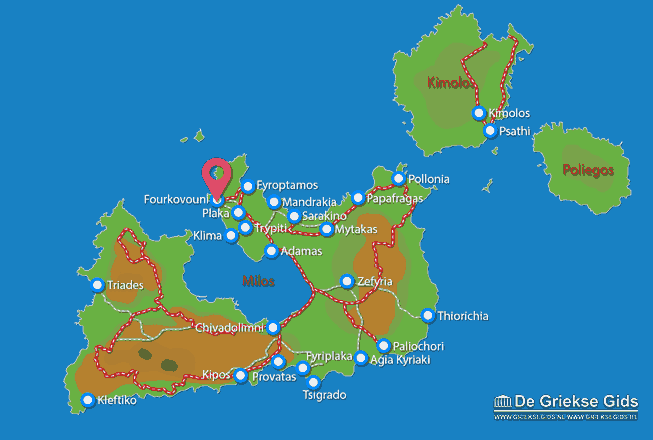