Elassona. Elassona is small town, located in the Greek prefecture of Larissa. It is situated on the north side of Mount Olympus, 40 km away from the city of Larissa. Its inhabitants are engaged in trade, agriculture and stock-breeding.

The river Elassonitis divides the town in two parts: the new town and the old town. The old town is called Varosi and is located at the foot of the hill Olympiotissa. The river streams through the town before it flows to river Titarisios and then to the larger Pinios river.

Homer refers to the ancient town of Olosson. He also mentions that its leader Policletus took part in the Trojan war.

Elassona in other languages


Larissa: Where on the map is Elassona located? 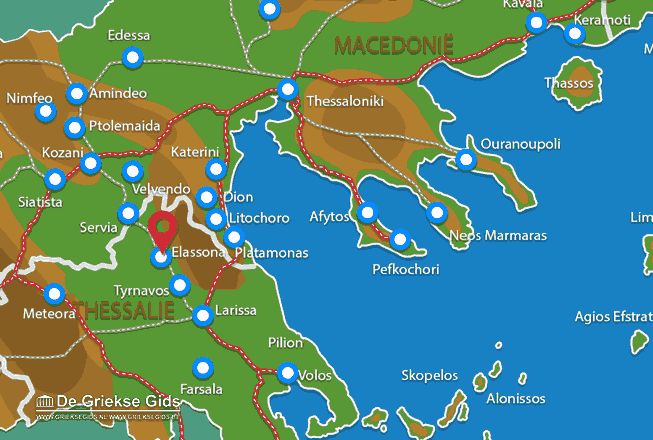