Kastraki (meaning "little castle") is located 16 kilometers (10 mi) south of Naxos town on the Greek island of Naxos. One of the longest beaches of Naxos. The beach is accessible via various routes. Behind the beach are several accommodations and taverns.

Mikri Vigla is situated just north of Kastraki and is a rocky peninsula that formerly served as a lookout against pirate attacks. On both sides of the peninsula are beautiful sandy beaches. During summer, many kite surfers and surfers practice their favorite sports on the windy, northern beach. The southern beach is ideal for swimmers.

Kastraki-Mikri Vigla in other languages


Naxos: Where on the map is Kastraki-Mikri Vigla located? 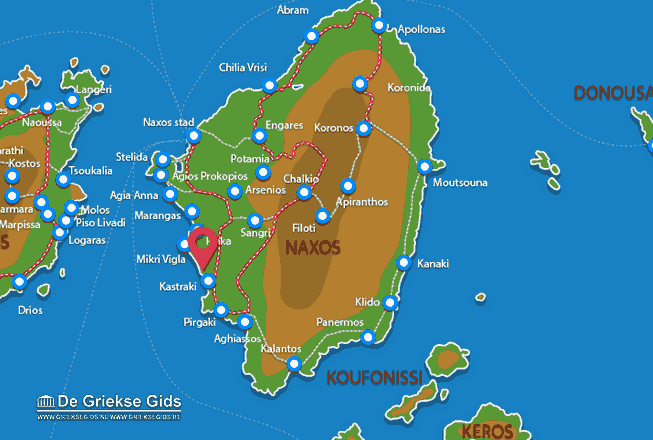