Levadia. Levadia is located 135 km from Athens and it is the capital of the prefecture of Viotia. The city is built between two hills at the edge of a gorge where the sources of Erkina flow. On top of one of the hills, Profitis Ilias, is a well-preserved 14th century castle. In ancient times it was known as Levadia Mideia and it was the site of the famous oracle of Zeus Trofonios. Levadia is very fertile thanks to the abundant water in the region and the two sources in mythology "Lethe" (forgetfulness) and "Mnemosyne" (remembrance) were called. Easter is celebrated here very colorful, the city turnes into a sort of open-air barbeque and lamb on the spit is eaten. Music, folk dancing and parties last all night, making the traditional Easter festivities in Levadia complete.

Levadia in other languages


Viotia: Where on the map is Levadia located? 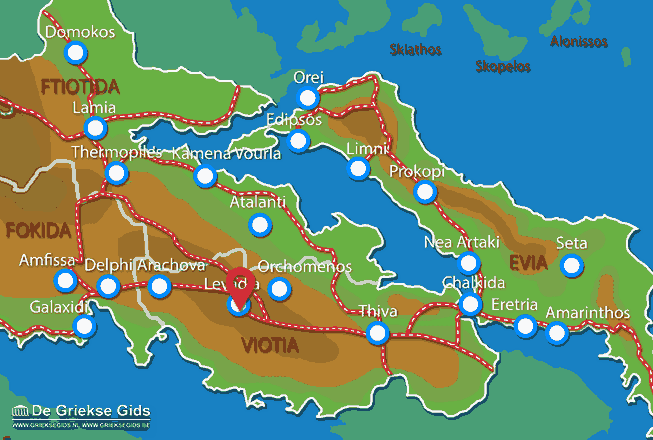 The map of Viotia (©GreeceGuide.co.uk)