Trikala. Trikala is one of the four prefectures of Thessaly. Trikala town is the capital of this prefecture. The town of Trikala has got its name from the nymph Trikki, the daughter of Pinios. Trikala is the third largest city in Thessaly with 75 000 residents. It’s also the birthplace of the first doctor without borders, Asclepeios (1247 BC).  In the Middle Ages the name was used for first time. Once it was the seat of a Serb (14th century) and later of a Turkish prince. During the Turkish occupation it was the most important town in Thessaly.

The town is located on a great plain where the wind hardly blows, the consequence of it is very high temperatures in the summer. The temperatures can easily reach 40 degrees Celsius (104 degrees farenheit) or more.

Trikala town is the financial, cultural and tourist center of the prefecture of Trikala. It is an ideal place for a short break or for excursions. Litheos, the river, flows right through the town and ensures that the city has a special character. There are nice terraces, pretty squares and promenades. There are many important monuments such as the statue of Asclepeion, the castle, the mosque Kursum Tzami, the traditional neighborhood with mansions name Varousi, the post-Byzantine churches and the ethnological museum.

The most known sight of the prefecture is the world-famous Meteora. Very impressive are the Pindos mountain range with beautiful forests and rivers, Kalambaka, Pili, Elati, Pertouli, Aspropotamos and Kastraki.

There are a lot of cultural activities available in the region. Every summer, known Greek artists come to give concerts and all kind of exhibitions are organized. Summer festivals are held in almost every village. Very often people dressed in traditional costumes attend these events.

Trikala has a scenic landscape, there is a balance between mountains and plains. The climate is inconsistent, and temperatures can vary considerably. It always snows on the Pindos mountains in winter.

Trikala is an important regional trade center. It is also a fertile agricultural region where cotton is grown. 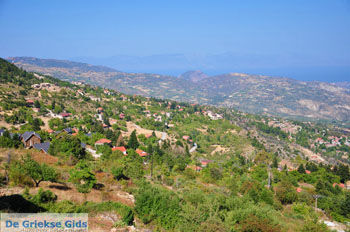 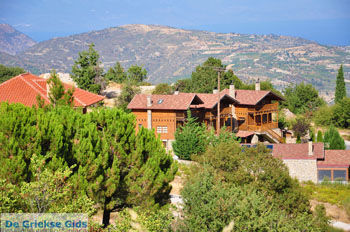 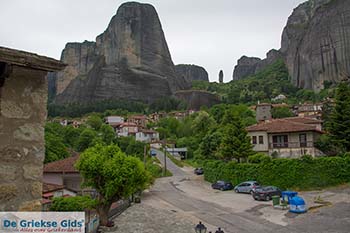 
Trikala in other languages


Trikala: Where on the map is Trikala located? 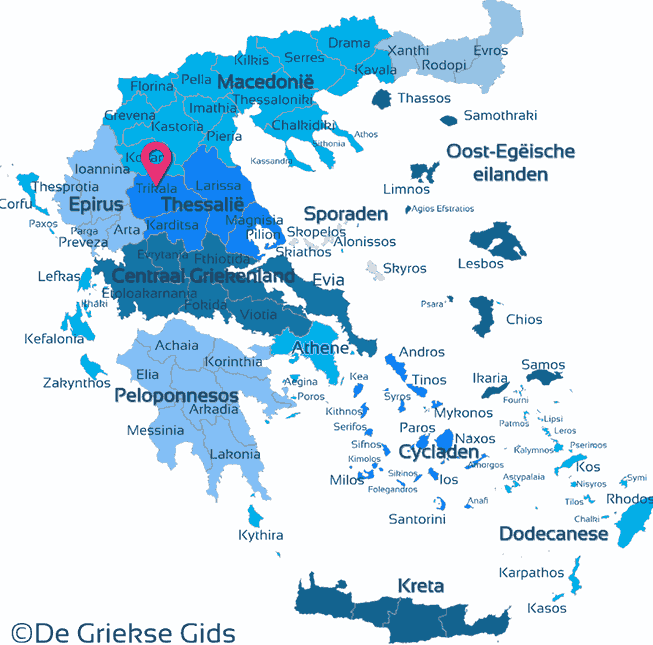 The map of Trikala - ©GreeceGuide.co.uk