Karditsa. Karditsa is one of the four prefectures of the geographical region of Thessaly. It is located in the southwest edge of the Thessaly plain, bordered north by the Trikala prefecture, to the east with the prefectures of Larissa and Fthiotida, south to the prefectures of Aetoloakarnania, Evrytania, Fthiotida and to the west to prefecture Arta. A part of Karditsa is covered with high mountains and mountain ranges, the flat plain of Karditsa is on the northeast located. Among the mountain ranges are narrow valleys, here in these valleys stream some small rivers that flow to the bigger Acheloos river. In this area is the artificial lake of Tavropos located at 1000 meter altitude.


Karditsa in other languages


Karditsa: Where on the map is Karditsa located? 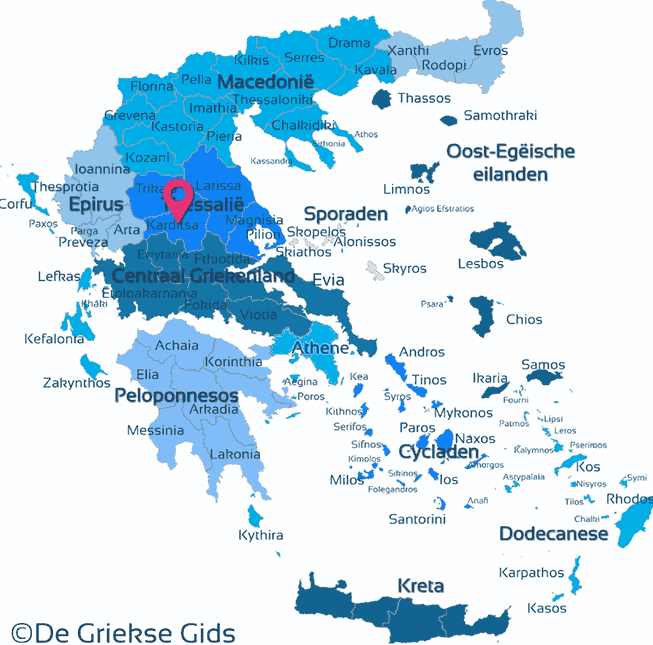 The map of Karditsa - ©GreeceGuide.co.uk