Imathia. Prefecture Imathia is located in the west of the prefecture of Thessaloniki in the district of Macedonia. River Aliakmonas flows through Imathia and divides the area in two – in the west the Vermio Mountains, and in the east the Pieria Mountains.

Mountain hiking is also possible on the mountain of Vermio. Along the mountain runs the E4 path, one of a series of long distance international walking paths that traverse the continent. Imathia is a region with a very rich history, including many important archaeological places of interest.

Capital of Imathia is the town of Veria, a modern Greek town at the foot of the mountain Vermio. In the center of the town is the park of Elia (Olive Tree), which was completely renovated in March, 2014. This park is also called the balcony of Veria because from here you have a fantastic view over the plain of Imathia. The park contains many traditional mansions, now transformed into modern cafes.

In Veria stands a monument in honor of the apostle Paul who, in the year 50 AD, preached Christianity here. On June 29 each year, at a large outdoor place, many activities commemorate the Apostle.

Another important city is Naousa (not to be confused with Naoussa Paros) in the northwest of Veria. Naousa is situated on the slopes of Mount Vermio. Like Veria, Naousa is a modern town with traditional neighborhoods where the authentic and old style of the houses and alleyways is still well preserved. Areas of Naousa include the districts of Alonia, Batania and Pouliana. Naousa is also known for its waterfalls (from the river Arapitsa), wine that is produced here, the production of fruits (peaches, apples) and the carnival that is celebrated here every year.

Sights and tips prefecture of Imathia

- Imathia is easily accessible by both bus and train from Thessaloniki, where the international airport is located. There are also bus connections to other prefectures and with Athens.

- Veria has an important bus transfer station. A train travels to Thessaloniki from the train station on the edge of town.

- Florina. Every hour, express buses go from Thessaloniki to Veria (a one hour trip). From Veria you can go by bus to Vergina. Thessaloniki’s bus terminal is on the outskirts of the city. Buses depart from here to many destinations. From the train station in Thessaloniki, a bus directly runs every 10 minutes directly to the bus station. From the airport, bus 78 makes the trip to the bus terminal in about 45 minutes. 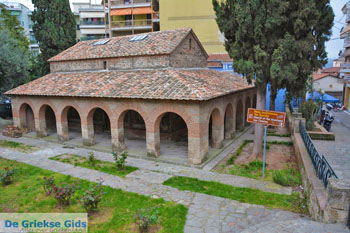 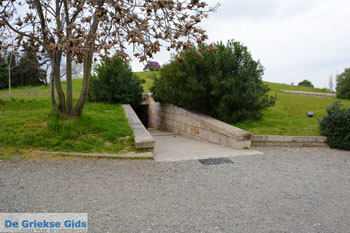 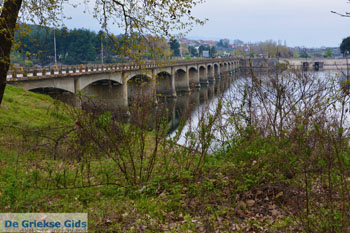 
Imathia in other languages


Imathia: Where on the map is Imathia located?

The map of Imathia - ©GreeceGuide.co.uk