Tilos. Tilos is a small Greek island located north of the island of Rhodes, between Nisyros, Halki and Symi. It measures 63 square kilometers (24 square mi). The coastline is 63 kilometers (39 mi) and has only 5,020 residents. It is a ragged mountainous island, the inhabitants farm the island’s vineyards and fruit trees. Its verdant valleys are home to 400 species of herbs and flowers. During classical times it was famous for its herbs. Rare species of birds like eagles, hawks, goldfinches and nightingales make their home on the island. The last elephants in Europe lived here 45 thousand years ago!

Tilos is the perfect place for those who seek quiet holidays. Tilos is like a large ecological park. It is protected by international treaties.

The island consists of many beautiful sandy beaches and many bays like Livadi, Eristos and Skala. The islet of Antitilos is located opposite of the island.

Capital of the island is Megalo Chorio what literally means “Big Village.” Megalo Chorio is located 7 kilometers (4 mi) northwest of the harbor. It is picturesque village with stone houses and narrow alleyways. Here you will find a medieval castle on the same location that the ancient town of Tilos occupied.

The village of Livadia, the island’s port, lies in the southeast. Here you’ll find plenty of taverns and cafes. It is situated at the foot of the mountains rising above its beach. Next to the port lies the sandy beach of the village, where the waters are crystal clear.

How to get on island Tilos?

Clearly posted paths on Tilos help you discover the island by walking. A walk from the harbor of Livadia towards Lethra beach will take about two and a half hours. From Megalo Chorio to the castle is a 15 minute endeavor. 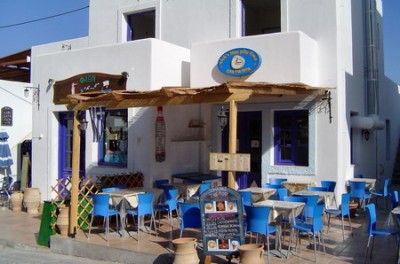 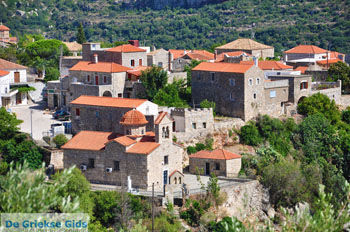 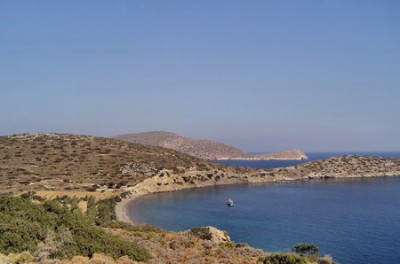 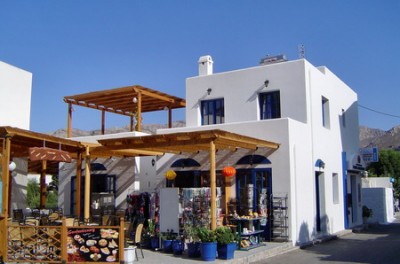 
Tilos in other languages


Tilos: Where on the map is Tilos located? 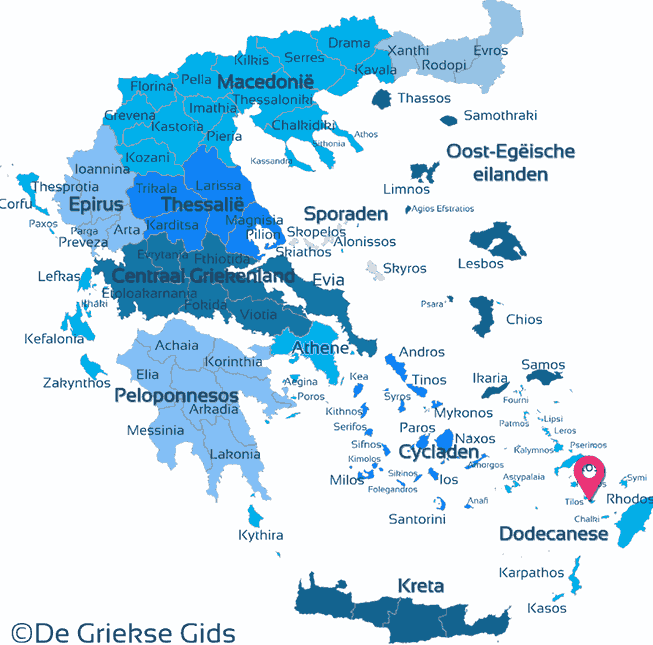 The map of Tilos - ©GreeceGuide.co.uk