Paxos or Paxi. Paxos (and Antipaxos) are two small islands south of Corfu and west of the Greek mainland Epirus. Paxos covers an area of eighteen sq. kilometres and has about two and a half thousand permanent residents.

It is a very green island full of olive trees and pines, sea caves, traditional villages and quiet beaches. Paxos is located about ten kilometres from Corfu and twelve kilometres from the coast of Epirus.

By boat, the island is accessible from various ports of Corfu and Epirus. Paxos has an elongated shape,  the west coast is flatter than the east coast. The east coast is very steep with many high cliffs and caves.

The eastern part is the most impressive part of the island. Although Paxos has few inhabitants, it is very crowded in the summer. The international jet set has discovered the island, several rich people or celebrities bought a vacation home here or come here on vacation. The island is in the past visited by Julia Roberts and Pamela Anderson.

The beaches on Paxos are similar, large or small, they are generally white pebble beaches with clear turquoise water. On the island are many beautiful beaches, these are often not accessible by car but rather by boat. Therefore it is not a bad idea to rent a small boat and sail around the island at your leisure. The length of coastline the entire island is just twenty kilometres, which is so easy to do.

The capital of the island is Gaios. Gaios is the largest and most important port of the island. It lies in a bay protected by the small island of Agios Nikolaos is located ...read more»

In the north of the island is the town (village) Lakka. Lakka is located in a closed bay, about nine kilometers from Gaios, you see here a lot of sailing boats...read more»

Longos is surrounded by olive and pine trees, the village is located five kilometers north of Gaios. At the harbor are many traditional restaurants. Here you can hire a boat ...read more»

Antipaxos island: Antipaxos (Antipaxi) like Paxos is a beautiful green island. It is located about four kilometers from Paxi. The islet is practically uninhabited, it claims it has about fifty permanent residents. The few hamlets are only in the summer visited. The most beautiful beaches are those of Voutoumi and Vrika. These are the beaches where the tourist boats stop to let the tourists swim. The colors are beautiful and in harmony: white beaches, turquoise waters, a fine-lined coast in combination with the clear blue Greek sky makes everything look magic. 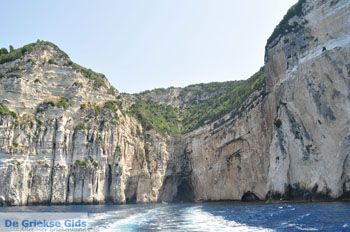 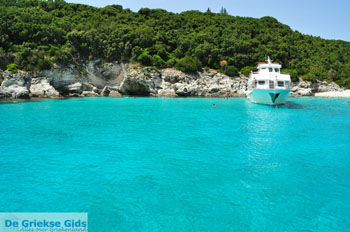 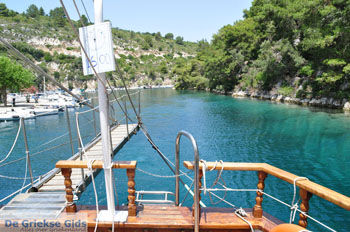 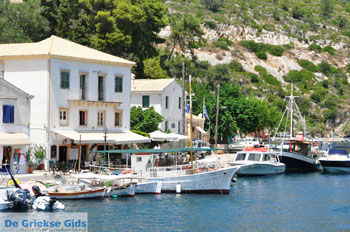 
Paxos in other languages


Paxos: Where on the map is Paxos located?

The map of Paxos - ©GreeceGuide.co.uk