Lipsi (Leipsoi). Lipsi is a Greek island located east of Patmos and north of Leros and belongs to the Dodecanese island group. The history of the island is similar to the other islands of the Dodecanese.

The only town on the island is also called Lipsi. The picturesque village with whitewashed houses lies on a hillside at the end of a deep inlet. They say Lipsi was founded by Cretans (natives of the Greek island of Crete). In the harbor, you will immediately notice the church of Aghios Ioannis with its blue dome. The Nikiforion Museum is also worth a visit. There are some nice beaches on the island such as Platis Gialos. The island is surrounded by a number of uninhabited rocky islands. Most of Lipsi’s inhabitants are fishermen. Once wine was produced here, that was of very high quality and even today, residents use the hilly landscape (highest point 271 m/almost 1000 feet) mainly for the cultivation of grapes and melons.

Lipsi is a small island. It covers an area of 16 square kilometers (6 mi2). The length of the coastline is 35 kilometers (22 mi) and its population is 610 people.  It is an island with low hills, bushes, wooded shores and small valleys. It is ideal for quiet vacations.

Lipsi, the only settlement on the island, was founded around 1670. The church of Aghios Ioannis dominates. All the beaches are clean enough for swimming. The beaches of Lientou, Kampos, Elena, Katsadia, Papandria, Chochlakoura, Mykonos Town and Monodendri are all close to town.

Other sights on Lipsi are:

Events that are celebrated here are:

How to get to Lipsi

Lipsi is connected by ferry to the harbors of Piraeus (Athens), Kalymnos, Kos, Leros, Patmos, Rhodes, Samos and Symi. 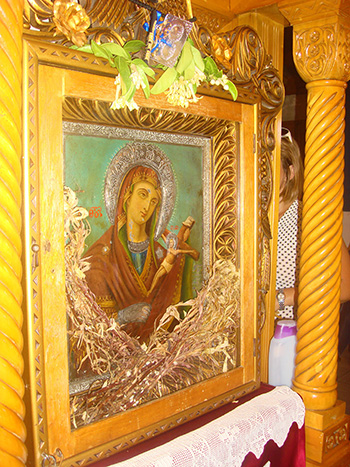 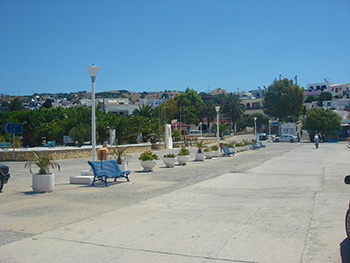 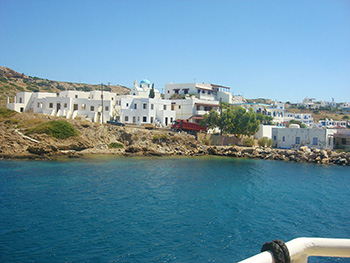 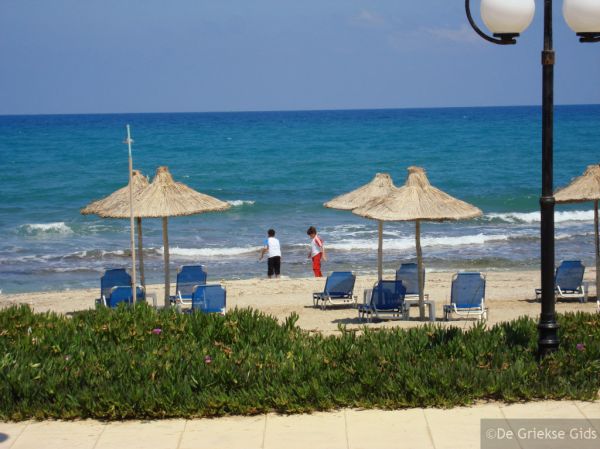 
Lipsi in other languages


Lipsi: Where on the map is Lipsi located? 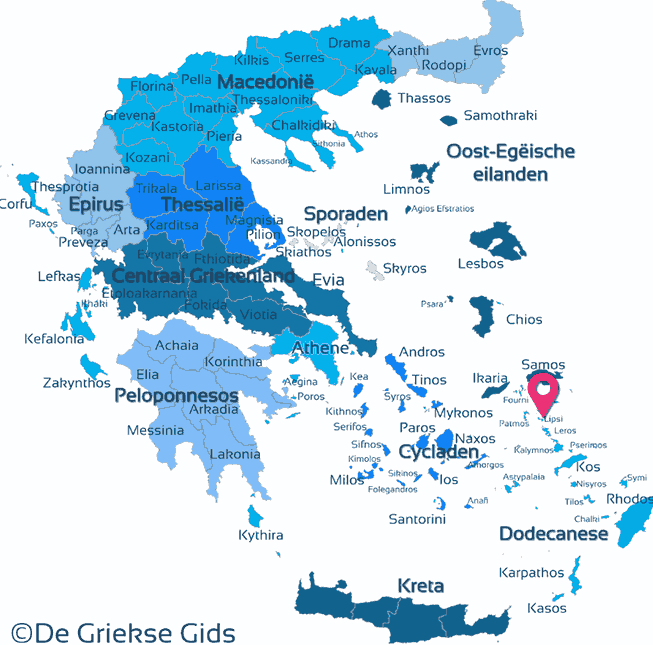 The map of Lipsi - ©GreeceGuide.co.uk